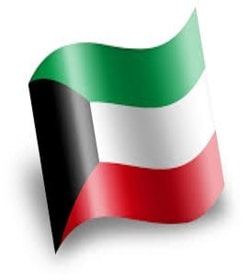 Dealing with the General Administration of Customs to maintain Kuwait free of the risk of international smuggling operations. It is the oldest government department in Kuwait. Was created in 1899 during the reign of the late Sheikh Mubarak Al-Sabah (Mubarak al-Kabir). And over the years evolved into the customs administration of its original role as a device for the collection of customs duties on the body to become a great degree of sophistication to fight crime are working around the clock, seven days a year. And management Liaison similar all over the world which ensures that it has a familiar enough with the latest security threats and methods of smuggling. The staff involved in the administration actively in international conferences to combat drugs, making them aware of the latest procedures and adherence to treaties and resolutions signed by the Government of Kuwait. Customs and dedicated staff to work at Kuwait International Airport, and of up to approximately 400 individuals divided into two parts: the first: to deal with passengers and the second: to deal with shipping.

The administration has achieved notable successes in recent years in the detection of smuggling operations. Always exists customs officers at the head of their work in the arrival hall to monitor incoming flights gunmen expertise and modern X-ray technology and skill to detect smugglers. In the area of air cargo, shipping management played a key role in the war against drugs and the cargo of export and import.

To ensure that you do not disable the stringent security measures for shipments sound unnecessarily so, management has to apply the system to provide a list of shipping in collaboration with a number of airlines selected before the arrival of the goods shipped.